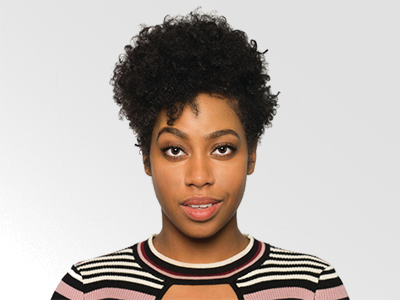 Krystal Gem is a multifaceted singer, composer and pianist. The Jackson native has been singing since the age of two, received operatic training since age seven, and taught herself to play piano. As a vocalist, she not only represented the state of Mississippi in National NAACP Act-So competition, but brought home a Gold medal for Classical Voice in 2013, and a Silver medal in 2014. Before her introduction to the Act-So competition, the state had not had a Gold medalist since 2009. She’s composed for the Mississippi Symphony Orchestra’s Brass Ensemble, performed in Carnegie Hall (January 2014; New York debut of Dan Forrest’s Requiem for the Living), and travelled to Florence, Italy to learn from the Italian masters of the Westminster Choir College in their Florence Voice Seminar.

Over the years, she has learned to sing in eleven languages ranging from Latin and Swahili, to German and Hindi. She speaks only English, Italian, and French.

Though singing may be her strong suit, Krystal also composes music. Her first compositions, created during her middle school years, were strictly for violin and piano. Her skills as a composer have grown tremendously allowing her 2016 work The Score: A Series of Lullabies, to be performed by the Mississippi Symphony Orchestra Brass Quintet. In 2018, her composition BGM served as the theme song for the eclectic lifestyle brand, Adorned by Chi’s, multimedia graphic novel. She also composed the score for Camping Sucks, an independent film directed by USC student Khari Johnson.

All sessions by Krystal Gem