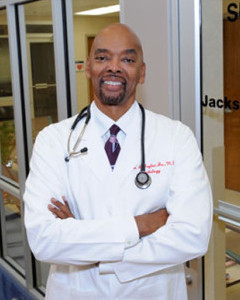 Mississippi gives world gives the world unexpected and surprising gifts through its legacy of pioneering health advances, including the Jackson Heart Study. A sharp contrast to the state’s status of worst health in the nation, the Jackson Heart Study is a part of new hope emerging to understand and address the disproportionate rates of death from heart disease in African American populations.

Through the collective of the community formed by the Jackson Heart Study, seeds were planted to remove ignorance and racial disparity and new leaders are emerging who continue to give to the nation to bring the first blessing of health to everyone.

Dr. Herman Taylor is the former director and principal investigator of the Jackson Heart Study, the largest study in history to investigate the inherited factors that affect high blood pressure, heart disease, strokes, diabetes and other important diseases in African Americans. Dr. Taylor was named the American Heart Association’s 2008 Physician of the Year and was nominated in 2013 as a White House Champion of Change for Prevention and Public Health.