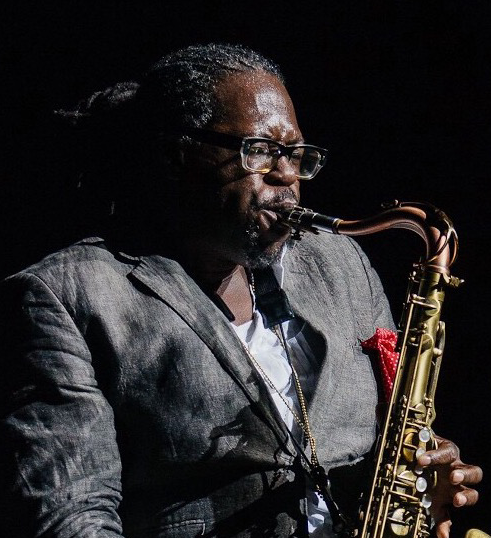 Gospel, blues, jazz, r&b, soul, hip-hop—language of the human experience, Ezra Brown’s music speaks this language. His horn serves as his translator, becoming a voice that speaks in tongues transcending any language barrier. Ezra’s sound — a culmination of southern comfort and urban grit, gives birth to a style that is new, yet familiar. This sound speaks from the soul. A sound Ezra calls Soul Muzik. When he picks up his horn, sound is transformed into a language that enters the soul producing an experience that is pure music. An experience that goes beyond sound becoming something that is felt. Music that translates the human experience for all to understand.

Constantly fine-tuning his artistic expression, Ezra is currently involved in several projects. While he is touring the world,he makes time to do many global workshops/masterclass with kids and students about the music he plays. He also serves as a member of Andy Allo’s band (Prince’s protégé), Blitz the Ambassador; and as a band member for Cheryl Pepsii Riley at The Village Underground in New York City, the top R & B open mic night in the country. Ezra’s debut album The Journey was released July, 2013. You can also hear Ezra on MTVu’s Live Sessions, where he is featured with Blitz the Ambassador and John Forte “Breathe” video on MTVu; ESPN World Cup 2010 playlist Blitz the Ambassador’s “Something To Believe In.”